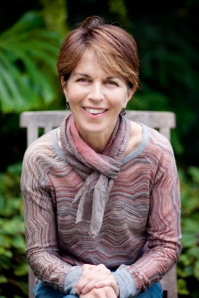 Jacinta Halloran is a Melbourne GP, she has written for The Sunday Age and Inside Story. Her short stories have been published in New Australian Stories 2 and The Pen and the Stethoscope. Her first novel, Dissection, was published in 2008 followed by Pilgrimage  in 2012. Her third novel The Science of Appearances was published in 2016.

Halloran’s novels explore moral and philosophical issues as her characters transition through common human experiences: birth and miscarriage, raising children, marital breakdown, illness and death of a family member. Halloran’s fiction is character-based, and she writes in such a way that the reader understand her characters’ actions from a deeply interior point of view. Readers are able to see inside the mind of another, to discover ways of thinking and being, as Halloran explores her characters’ doubts, grief and regrets.

As a GP, Halloran prescribes fiction and creative non-fiction (usually memoir) to her patients to provide an opportunity for them to empathise with characters, put words to their own feelings, and explore themes as a way of providing a new perspective on a problem.

Halloran – as both a GP interested in supporting good mental health, and an author – works with words in all areas of her life for the therapeutic benefits they bring both to her patients and her readers.

One thought on “Healing Words – From a General Practitioner”

Dr Susan is available for interviews and advice.

Spreading the word on the power of Bibliotherapy

Bibliotherapy: a first for Wanderlust